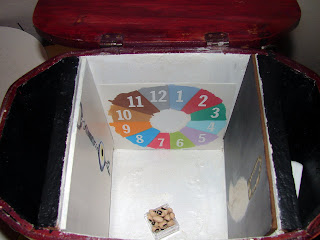 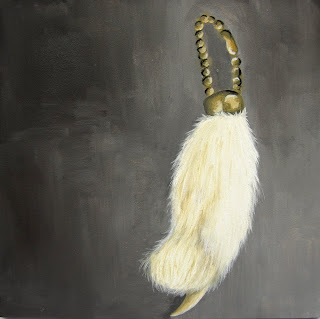 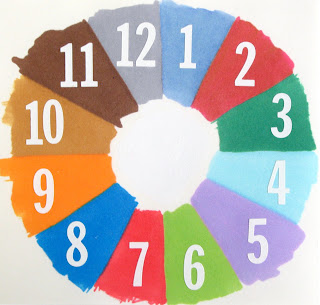 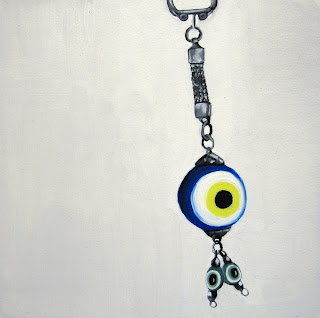 Superstition, the need to keep organized, and the goal of always looking good are at the heart of “Day Planners,” Clutch’s new exhibition by Emily Roz and Carmelle Safdie. As a collaborative pair, Roz and Safdie bring together combined "character enhancements" to keep up with the demanding pressures of being a contemporary artist. Safdie, an expert in color seasons as well as in the efficacy of pleasing shapes to control and conquer moods, has created a seasonally colored wall-sized calendar that sits between Roz’s paintings. Roz, who is just plain paranoid and who has all manner of lucky charms at the ready, has adorned Clutch with delicately painted images of a lucky rabbit's foot and an evil-eye charm to ensure stability and good fortune in the past, present, and future. In the center of the gallery the pair has created an installation of black-eyed peas that traditionally symbolizes good luck on New Year's Day and the entire year that follows. “Day Planners” runs through .

Safdie and Roz met in 2007 through a mutual friend at Cooper Union, where Safdie went to college and Roz works. They shared studio space until 2009, when the City of sadly shut down their studio building. They become fast friends as soon as they met. Roz enjoys watching Safdie's band, the Beachniks, and Safdie likes to push Roz's son on rope swings. Both women eat Syrian food and pickles. Every day, Roz wakes up around the same time that Safdie is going to bed.

Carmelle Safdie lives and works in . Safdie is an MFA candidate in painting at and received her BFA in 2004 from Cooper Union. She has been self-publishing First Rate Second Hand, a thrift store calendar, in collaboration with Sophy Naess since 2007 and has attended residencies at Art Farm in and the . Her solo exhibition “Carmelle Safdie: Paintings at Heist Gallery, ” in May 2008 was reviewed in Art News, and she has participated in numerous group exhibitions nationally.

Emily Roz received a BA from , where she studied art history, literature, and weaving. She went on to receive an MFA in fiber from Cranbrook Academy of Art. Her work has been exhibited at Front Room Gallery, 31Grand, HKJB, and Parlour in ; Decatur Blue in ; and Gardenfresh in . Roz works in , where she lives with her husband and son.