Space in Between by Allison Fall 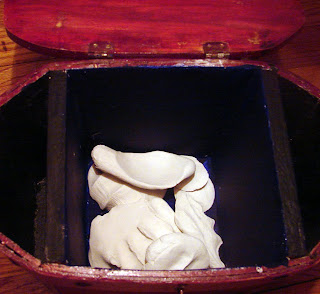 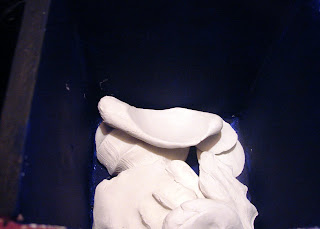 Clutch Gallery is pleased to present Space in Between by Allison Fall. Fall confronts the issue of connecting and communicating with one another. She creates an awareness of space through her body and tactile objects. Space in Between invites a closer connection to the viewer by creating intimate objects for interaction and simple awareness. In collaboration with Brett Douglas Davis, Fall constructs raw porcelain works crafted between the artists' bodies in a shared space. The clay records are on display, allowing the viewer to freely examine and handle the physical space of connection, promise, anticipation, and yearning. Over the course of the show, the raw clay works will also act as mark makers on the galley walls, changing the space inside while acting as reminders that connections crumble and renew. Therein lies the bliss. Space in Between runs through February 12, 2011.

Allison Fall recently received her MFA from the School of the Art Institute of Chicago, integrating performance, sculpture, and installation. Allison began dancing professionally in 1998 and soon after discovered ceramics and sculpture at Ohio State University, where she received her BFA in ceramics. Allison investigates space and material through her body and connects to the audience by blurring the space between us. She lives and works in Berlin, Germany.