A Snowball's Chance by Iain Muirhead 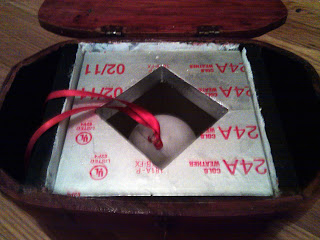 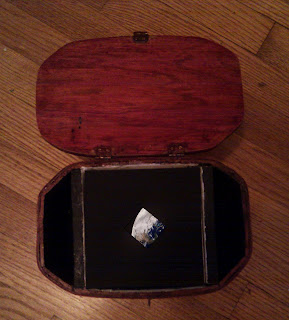 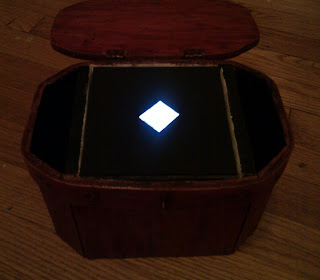 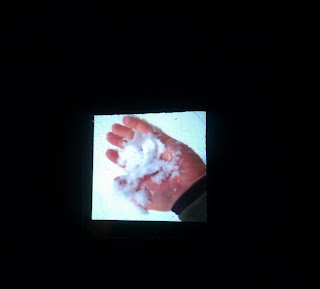 Clutch Gallery is pleased to present A Snowball's Chance by Iain Muirhead. Muirhead’s work is influenced by his childhood years as a member of the Jehovah’s Witnesses. Recent Global events like blackbirds falling from the sky and millions of fish washing dead on the shore are used to give contemporary relevance to the prophesies contained in John's apocalyptic visions. In February 2011 Snowpocalypse dumped a record amount of snow across the Midwest. For this exhibition Clutch Gallery becomes a reliquary for snow Muirhead gathered during this epic snowstorm. Muirhead has tasked Clutch's director, as guardian of the reliquary, with the impossibility of keeping this snowball intact. As snow is unable maintain it's physical state of being when separated from it's place and time, the reliquary becomes a holding place for an ever-changing concept of religion and ritual. A Snowball's Chance runs through May 28, 2011.

Iain Muirhead’s studio practice is rooted in painting, sculpture, and performance. He received his B.F.A. in 1996 from the School of the Art Institute of Chicago. He has been in residence at the Cliff Dwellers Club and the Ragdale Foundation. In Chicago, he has exhibited at Northern Illinois University, Evanston Art Center, Beacon Street Gallery and Performance Space, Dogmatic Gallery, and Deluxe Projects. He is a founding partner at NFA SPACE, an international exhibitions consulting and logistics firm that originated as a pioneering artist run space programming exhibits of emerging artists from 1996 through 2002.