This Island by Nicole Northway 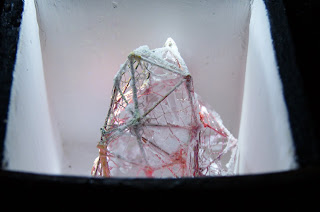 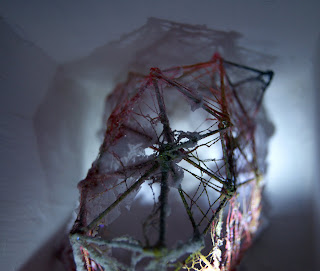 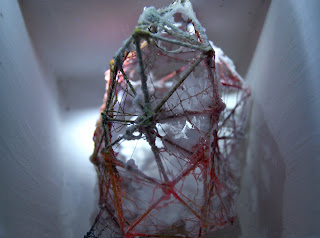 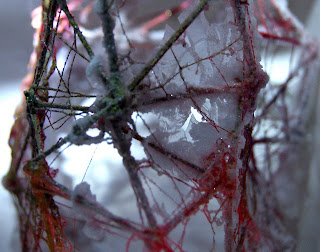 Clutch Gallery is pleased to present This Island by Nicole Northway. Nicole Northway utilizes the idea of landscape to investigate invented space. By creating her own geography which she explores with an imagined narrative, she seeks to understand the indescribable and the unknowable. With This Island, Northway has created a sculpture cloaked by hand-grown crystals. Resembling part landscape and part image of a synapse firing, the work navigates the gaps between fantasy and reality, interiority and exteriority, the gigantic and the miniature. This Island runs through October 1, 2011.
Nicole Northway earned her MFA from the University of Illinois at Chicago in 2008. She currently maintains a studio in her Humbolt Park apartment, which she shares with her supportive boyfriend and several species of animals. Her work has been recognized by the Union League Civic and Arts Foundation in the form of two first-place awards, and she was the recipient of the CAAP grant in 2010. Most recently, her work was exhibited at the Thomas McCormick gallery. She has also exhibited at the Contemporary Art Workshop, Next Fair at Art Chicago, Fort Gondo Compound for the Arts in St. Louis, and the Sullivan Gallery. Nicole is currently teaching at Columbia College, hosting underground dinner parties, finding subversive potential for Mod Podge, and working on a new series of paintings and sculptures for an upcoming group show illuminated by black light at the Hyde Park Art Center.